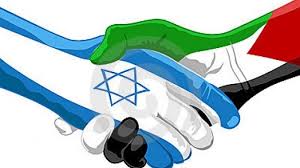 Well that cease-fire did not last long. Since agreeing to a cease-fire last November, brokered by controversial Egyptian President Morsi, Palestinians ended the 3 month cease-fire by launching a rocket into southern Israel from Gaza strip Tuesday. The rocket caused damage but no casualties:

“A subgroup of the Al Aqsa Martyrs Brigade, the military wing of the Palestinians’ Fatah faction, said in an e-mailed statement that it had fired the rocket in ‘an initial natural response to the assassination of prisoner Arafat Jaradat,’ a 30-year-old Palestinian who died in an Israeli jail on Saturday. The statement also said that Palestinians ‘should resist their enemy with all available means.’

“During a rally Sunday in Gaza, Hamas officials had expressed frustration with its rival Fatah faction in the West Bank for not doing more to support the prisoners. Attallah Abu Al-Sebah, Hamas’s minister of prisoner affairs, urged Fatah ‘to set the hand of resistance free to deter the occupation and stop its crimes against the prisoners,’ and called for kidnapping Israeli soldiers ‘instead of pursuing playful negotiations that brought nothing to the Palestinian cause.'”

“Mr. Masri [a Hamas lawmaker] said Israel was “fully responsible for the consequences of the wave of the Palestinian public fury.” He also accused Israel of violating the cease-fire first, citing several incidents in which Gazans have been shot near the strip’s borders with Israel and fishermen attacked at sea; the Israeli authorities have said their soldiers and sailors were only responding to efforts to breach the new limits set out in the cease-fire agreement.”

It is deeply disturbing that high level political leaders in Palestine are calling for kidnappings and rocket strikes only three months after a cease-fire was agreed to. Even if Hamas claims are true, the death of a prisoner during an interrogation is a poor reason to resume open warfare (especially when the last time open warfare occurred, the Palestinian side took much larger casualties than the Israelis. Clearly political groups like Hamas and Fatah have no interest in securing a lasting cease-fire in the Gaza strip.

“After the rocket fire Tuesday, Israel shut Kerem Shalom, the crossing through which commercial goods enter Gaza from Israel, and closed its Erez border crossing except for medical, humanitarian and “exceptional” cases, according to a statement from the military.

Sari Bashi, executive director of Gisha, a group that advocates for lifting Israel’s restrictions on the Gaza Strip, protested the closures in a letter to Israel’s defense minister, saying the timing raised ;serious concern that this is not a travel restriction necessitated by a concrete and weighty security imperative but rather a punitive act aimed at Gaza’s civilian population.’ She called the move ‘a dangerous regression to a policy that violates humanitarian law.'”

You know what else violates humanitarian law? Firing rockets at innocent civilians. It is absurd to believe that there will be no response to a rocket being fired into Israel by Palestine; citizens of Gaza should hope that supplies are the only response Israel plans for the attack.

‘I believe both sides have a deep interest in lowering the flames,’ Mr. Peres added.”

Palestinians can claim humanitarian grievances, but if they continue to pursues actions  that are likely to lead to open warfare, their words will remain hollow. Any chance of a real two-state negotiated settlement between Israel and Palestine requires trust between the two sides, but also the ability for The Palestinian Authority to keep factions such as Hamas and Fatah under control (not the other way around). A ceasefire also requires a certain admission of past wrongdoings (so they do not occur again); the fact the Palestinians routinely break cease-fires and continue to blame Israeli’s is a microcosm of the larger intractable Israeli-Palestinian conflict.

“There has not been one rocket fired from Gaza since the operation, and the recalcitrant organizations were there all the time,” he said. “Now it is proven that the organizations can’t fire unless Hamas lets them.”