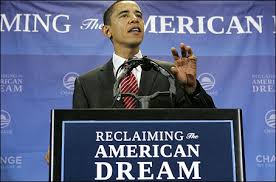 There has been understandable concern over reports that leaked last week which tied the US government to the collection of peoples personal phone and internet records through a sweeping government program known as PRISM. One questions brings about more questions. Are whistle-blowers hero’s or traitors? Is PRISM a necessary component of national security or an infringement of civil rights? Has PRISM actually been effective in stopping terrorist attacks? Has the leak compromised America’s national security? Perhaps due to still murky details, American’s are still largely divided on these issues.

The New York Times editorial board was particularly one-sided in its assessment of the programs; such a response is not surprising, as a major representative of news Media, the New York Times ability to produce meaningful content relies on civil rights.

“Perhaps the lack of a broader sense of alarm is not all that surprising when President Obama, Senator Dianne Feinstein, the Democratic chairwoman of the Intelligence Committee, and intelligence officials insist that such surveillance is crucial to the nation’s anti-terrorism efforts.

But Americans should not be fooled by political leaders putting forward a false choice. The issue is not whether the government should vigorously pursue terrorists. The question is whether the security goals can be achieved by less-intrusive or sweeping means, without trampling on democratic freedoms and basic rights. Far too little has been said on this question by the White House or Congress in their defense of the N.S.A.’s dragnet.

The surreptitious collection of “metadata” — every bit of information about every phone call except the word-by-word content of conversations — fundamentally alters the relationship between individuals and their government.”

Tracking whom Americans are calling, for how long they speak, and from where, can reveal deeply personal information about an individual. Using such data, the government can discover intimate details about a person’s lifestyle and beliefs — political leanings and associations, medical issues, sexual orientation, habits of religious worship, and even marital infidelities. Daniel Solove, a professor at George Washington University Law School and a privacy expert, likens this program to a Seurat painting. A single dot may seem like no big deal, but many together create a nuanced portrait.

The effect is to undermine constitutional principles of personal privacy and freedom from constant government monitoring. The American Civil Liberties Union filed a lawsuit on Tuesday, challenging the program’s constitutionality, and it was right to do so.

The government’s capacity to build extensive, secret digital dossiers on such a mass scale is totally at odds with the vision and intention of the nation’s framers who crafted the Fourth Amendment precisely to outlaw indiscriminate searches that cast a wide net to see what can be caught. It also attacks First Amendment values of free speech and association.”

It should be noted that the open and multifaceted discourse relating to these leaks is hard evidence that our first amendment rights continue to be upheld despite government surveillance–sometimes you just have to look up to see that the sky isn’t falling.

The ACLU is perfectly within its rights to file a lawsuit, but I believe the Supreme Court will ultimately uphold the constitutionality of PRISM. It is true that PRISM violates the 4th Amendment , in that the government is indiscriminately collecting “metadata” on Americans phone and internet data. The American people want answers. The European Commission wants answers (further complicating US-Euro Free Trade talks). And it seems answers we will get, although perhaps not all the answers we desire:

” The director of the National Security Agency said on Thursday that he would release more information about the top secret programs that sweep up vast quantities of communications data on people here and abroad, and vowed to clear up what he said were inaccuracies and misperceptions about how the programs work.”

“”We have pledged to be as transparent as possible,’ he said after emerging from a classified briefing with House members. “I think it’s important that you have that information. But we don’t want to risk American lives in doing that. So what we’re being is very deliberate in this process so that we don’t end up causing a terrorist attack by giving out too much information.’”

“Among the inaccuracies he said he wanted to clear up was that the N.S.A. is listening to Americans’ phone calls.”

“Mr. Rogers stressed that grave damage was done by the disclosure of the programs, which involve a huge database of the logs of nearly every domestic phone call made by Americans, and the collection of information from American Internet companies like Google without individual court orders if the request is targeted at non-citizens abroad.”

We will get answers, hopefully answers that shed light on previous  terrorists acts thwarted by PRISM. But it is also clear that we will not get answers that compromise national security.

The Constitution was drafted as a living document, a foundation upon which our nation could grow upon. There is no possible way our forefathers could have foreseen modern security risks–in revolutionary times wars were fought with single shot muskets! Reading into any document too literally, be it a legal or religious document, is likely to lead to extreme conservative values which ultimately restrict human rights. For these documents we’re written in different times, and need to be amended to remain relevant today. As a legal document, the Constitution was understandably focused on civil and political rights and liberties.

The Declaration of Independence, as a more general declaration, was based on what are now known as human rights. “We hold these truths to be self-evident, that all men are created equal, that they are endowed by their Creator with certain unalienable Rights, that among these are Life, Liberty and the pursuit of Happiness. That to secure these rights, Governments are instituted among Men, deriving their just powers from the consent of the governed, — That whenever any Form of Government becomes destructive of these ends, it is the Right of the People to alter or to abolish it, and to institute new Government, laying its foundation on such principles and organizing its powers in such form, as to them shall seem most likely to effect their Safety and Happiness. Prudence, indeed, will dictate that Governments long established should not be changed for light and transient causes…”

Subsequent constitutional amendments have been aimed at expanding the universality of civil rights (3/5’s compromise revoked, women’s and minority rights). It was never the intention of the founding fathers for civil rights to constrain the government from upholding basic human rights–such as the right to personal security. In fact, “certain unalienable Rights, that among these are Life, Liberty and the pursuit of Happiness” referred to in Declaration of Independence are almost identical to Article 3 of The Universal Declaration of Human Rights ,”Everyone has the right to life, liberty and security of person”.

I would argue that America was founded not only on the principles of civil rights, but on the principles of human rights (which include civil rights). The idea government is responsible for providing the services and resources necessary for personal freedom and happiness is 100% consistent with human rights law. That these rights come before the power of government, and with the power to overthrow a government that does not fulfill these duties, places human rights even ahead of constitutional rights (as overthrowing the government would in effect render The Constitution null, but the legitimacy of such action is upheld right there in the Declaration of Independence).

Enough about 200+ year old documents; it is interesting to interpret the wording (many people have made careers out of it, our own President Barack Obama was a professor of Constitutional Law the University of Chicago, one of the most prestigious law schools in the world), but I would like to set my sites on something a bit more modern–the NYT editorial attack on the PRISM system.

“The issue is not whether the government should vigorously pursue terrorists. The question is whether the security goals can be achieved by less-intrusive or sweeping means, without trampling on democratic freedoms and basic rights. Far too little has been said on this question by the White House or Congress in their defense of the N.S.A.’s dragnet.”

Of course there are other means of achieving our security goals; we have been actively attempting them for the past 12 years. The problem is that fighting wars is incredibly expensive and often counter-productive. We do not have to live within the constraints of colonial times in our legislation or our military conduct. Technology has evolved since the 18th century, allowing us to change the ways in which we protect our national security.

Expensive wars have compromised the ability of the government to pay for basic goods and services. Inequality of opportunity and social mobility are huge problems facing modern American society. Our civil and political rights cannot come at the cost of our economic and social rights. If gathering intelligence keeps American safer, and does so in a way that relies less on military expenditure, then the resources saved have to factor into societies C-B analysis at some point.

The tangible benefits of reduced military expenditure should not be dismissed due to unfounded fear of government intrusion. The government has been collecting this data for years already. Has it changed the way people go about their lives? No, until a week ago we had no idea the program existed (although I am sure people have speculated) . Is there even one example of the government using personal information for nefarious or deviant purposes? Not that I have heard of.

The absence of evidence may not be the evidence of absence; but in America everyone is still innocent until proven guilty, and the government has yet to be proven guilty of misusing personal data ascertained via the PRISM program.

This is not 1776, the threat of tyranny is not a real one. In order to use our national resources in the most efficient way, we must focus them on containing real threats (terrorism, and general deterioration of equality of opportunity, meritocracy, and social mobility which is hurting America’s long run economic growth potential and compromising the “American Dream” itself), not hypothetical violations of our rights.