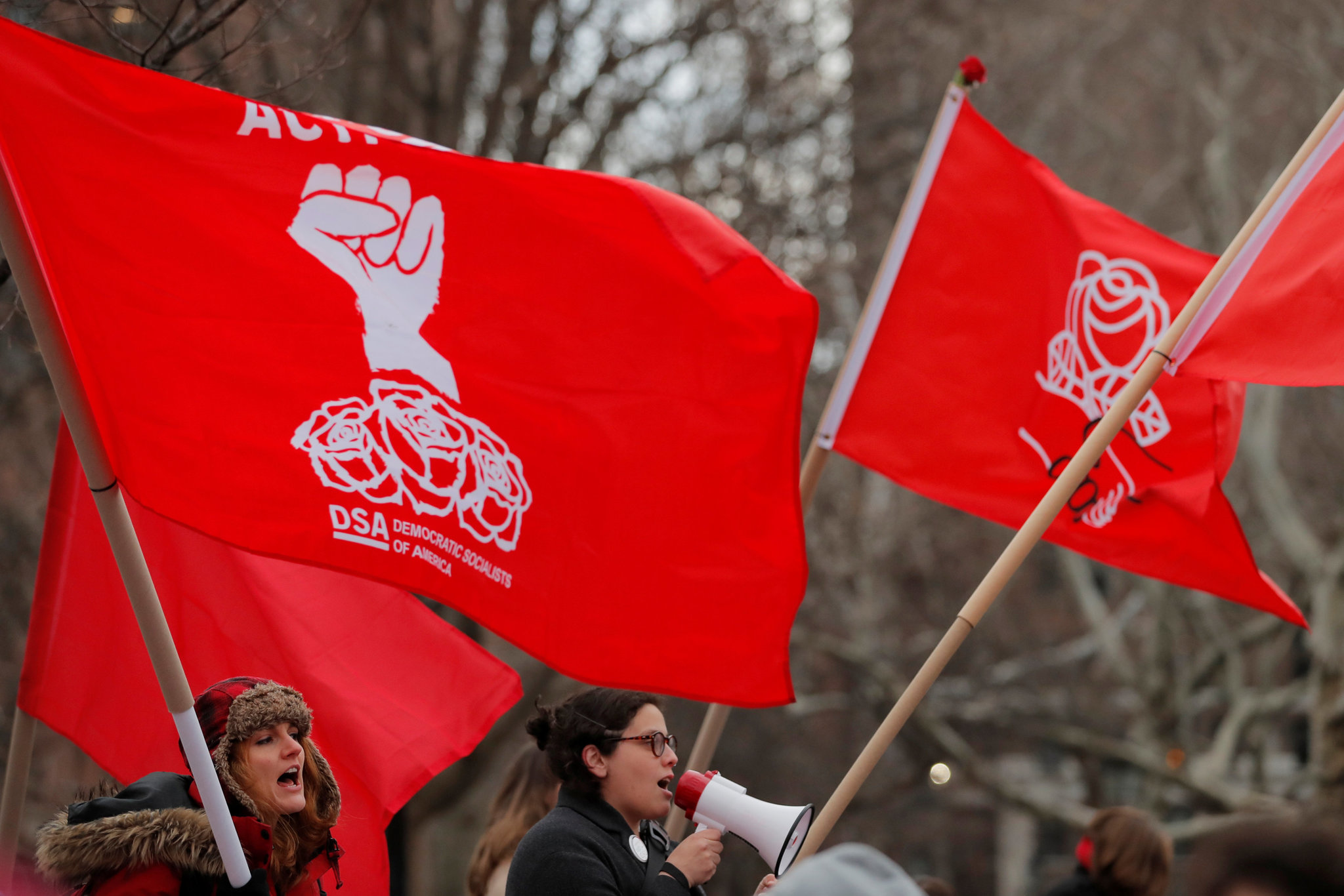 The 2018 midterm elections, which saw significant gains for the Democratic Party, were in many ways a rejection of President Trump’s policies and worldview. But while the American people seemingly know what we don’t want, do we know what we do want? Those are the questions to be answered leading up to and by the 2020 elections, campaigning for which is already underway.

Ultimately we cannot have the “economic populism” many Americans across the political spectrum seem to want with our current tax code. Insufficient tax revenue means the government cannot provide what is needed to develop the next generation of Americans while simultaneously addressing more immediate concerns. In order to fulfill these two key responsibilities of governing, it is time to seriously consider ideas that have, for a while, been outside of mainstream political discourse.

Alexandria Ocasio-Cortez has recently brought this idea to the forefront, proposing top income tax rates upwards of 70%. Nobel prize winners have said optimal rates may be as high as 80+%. I do not know what a politically viable top rate is, that’s for the American people to decide. I do know that it should be significantly higher than it is today.

Here are three things to consider regarding taxes in America:

A friend recently shared a Breitbart article about America being “the world’s most competitive economy”. While this is good news, it definitely needs some context.

Second, look at the countries right after us. “Singapore, Germany, Switzerland, and Japan [make up the rest of the] top five. The top ten includes the Netherlands, Hong Kong, the U.K., Sweden, and Denmark.”

These countries almost all have higher levels of taxation, stronger safety nets, and stronger worker protections than the U.S. Some were the “most competitive” countries in past years. A country does not have to “race to the bottom” in order to be competitive.

Being first on this list, as opposed to being second or third, really doesn’t gain us anything other than a nice headline. Companies do not decide where to build plants or hire employees based on “most competitive” indexes, they do it based on their complex internal calculus (cost of labor, cost of moving goods around their supply chain, level of employee expertise needed, infrastructure needs, tax rates, etc.). In some cases this will be the U.S., in others it will not, regardless of meaningless titles.

Jobs and the “Green New Deal”

I am actually a fan of how Trump uses his bully pulpit to make hiring American workers an important consideration for companies–I like his tough rhetoric here. While I am not a fan of protectionism in general, in some cases the credible threat of tariffs is needed in order to show these are not just empty words. This is particularly true when another country isn’t playing fair on trade, which is certainly the case in some instances.

The problem is that Trump gets headlines for the jobs his policies creates or keeps, but not for the ones they lose. For example, job losses have exceeded gains when it comes to iron and steel tariffs and solar panel manufacturing tariffs. Aside from jobs, there is also the increasing prices of imports to consider, which make up about 15% of U.S. GDP–the American consumer likes options, including ones made abroad.

As I have said before, Trump’s worldview is too zero-sum and short-term. Specifically, he views addressing climate change only as a cost (which he always inflates), and not an opportunity for the U.S. to be a leader in emerging industries. Unfortunately, due to the 2013 sequester budget cuts, the Bureau of Labor Statistics stopped tracking “Green Jobs”, making it much more difficult to quantify the benefits of being a leader in these emerging industries.

Take electric vehicles (EVs) for example. General Motors is begging Trump to support a Nationwide Zero Emissions Vehicle program, to no avail. It’s like private sector lobbyists always have Trump’s ear, unless they are promoting something environmentally friendly.

Over the next decade car companies will invest over $300 billion in EVs, with the largest chunk going to China due to government incentives (Germany is second, while the U.S. is a distant third). As you can see from the image above, Trump’s stance towards EVs has resulted in us leaving other countries investment dollars on the table. It’s like Trump always wants to be tough on China and promote investing in the U.S., unless it has to do with something “green”.

Meanwhile, over in Germany, the government is paving the way for Volkswagen to position itself as a future leader in EVs. In fact, Ford just announced a partnership with VW on EVs. American automakers now need to look abroad for support because our President won’t help them–sad. Hey, remember when Obama saved the U.S. auto industry just a decade ago? That was pretty cool, but I guess Trump wants to undo that part of Obama’s legacy as well…

Auto companies are starting to reach a 200,000 vehicle sale threshold that triggers a gradual elimination of consumer tax credits for buying electric vehicles. Under normal circumstances, either a Republic or Democratic President would seriously consider extending these credits. Instead, the Trump administration has signaled it wants to eliminate the credits altogether.

The shift to a global economy was done on the backs of the commoner–global wealth soared, but so did wealth inequality. “Yellow Vest” protests in France show that regular people will not let the next major shift–from a fossil fuel based economy to a “green economy”–be solely placed on their backs as again (and rightly so!). Rather, this shift will need to be part of an “all hands on deck” approach, with everyone (rich, poor, and all those in between) contributing their fair share towards a greener, fairer, and more dynamic economy. This is the spirit of the “Green New Deal”.

“Supply-side” GOP economics has always relied on questionable math (“magic asterisks“), Trump is just faster and looser with the rules. To Trump, numbers (and the truth in general) are things to be manipulated to promote his agenda. Lies about the value of the Saudi Arabian arms deal, the costs of addressing climate change, and the costs of illegal immigration are prime examples of this.

It is amazing how a man who casts doubt on so many things he disagrees with can speak with such confidence about things that actually are uncertain, like economic outcomes. But then again, humility and honesty have never been Trump’s forte.

Living in a democracy, the shape of our economic system is a choice we collectively make. In American democracy the means justify the ends, as long as the debate is honest and people can make informed decisions. To date, the debate on the structure of our economic system has been anything but honest. Those supporting wealthy interests pretend that any tax increases would ruin our economy, while simultaneously painting any social program as communism.

A choice does not have to be made between having a competitive economy, an environmentally sustainable economy, and a fair economy that promotes equality of opportunity–that is a false trichotomy. We can have all of those things with the right mix of public policy, hard work, and American ingenuity.