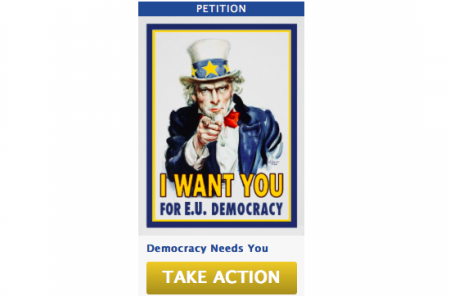 Mr. Lykketoft [UN General Assembly President], echoed former UN Secretary General Kofi Annan, who said, ‘there can be no peace without development, no development without peace and neither without human rights.’

As the UN marks its 70th anniversary, the Organization itself is “very much at a cross roads, particularly in the area of peace and security” with the architecture developed over the seven decades now struggling to keep pace with today’s and tomorrow’s threats and geopolitical tensions, in a way that is undermining Member State trust.

…making the UN Security Council (UNSC) more representative and more effective, for example, by addressing the use of the veto in situations involving mass atrocity crimes. But it also includes agreeing budgetary and institutional reforms to prioritize political solutions and prevention across every aspect of the UN’s approach to sustaining peace.

Humanitarian spending generally goes towards natural disaster relief, aiding people in conflict zones, and helping people displaced by both types of crises. As international powers have proven themselves unable to end conflicts, and the negative affects of climate change have become more acute, humanitarian spending has (unsurprisingly) ballooned in recent years.

(Do not confuse the inevitability of natural disasters with climate pessimism–the idea that it is too late to prevent the negative aspects of climate change, so why even try? There is nothing inevitable about the current trajectory of global climate change, and there are many actions humans can take to make the global economy more environmentally sustainable and reduce both the frequency and intensity of natural disasters.)

Thankfully, natural disasters generally do not cause long-term drains on aid budgets. While devastating, the natural disaster passes and the affected area can begin to rebuild. Conflicts, however, can be persistent. Persistent conflicts require sustained humanitarian aid, diverting resources from development aid that doubles as conflict prevention.

There is something particularly discouraging–no damning–about the fact that man-made, preventable, politically solvable issues should divert such a large amount of resources–80 percent of humanitarian funding–that could otherwise be used to deal with unavoidable humanitarian crises (natural disasters) and investing in sustainable human development / conflict prevention.

There will always be strains on development and humanitarian budgets. Donor countries are asked to give resources while dealing with budgetary constraints at home. All the more reason that, if an issue is both preventable and leads to persistent future costs, it should be addressed at its root.

To this end, the international community needs to invest more into poverty reduction and capacity building for democratic governance, particularly in Least Developed Countries (LDCs) most susceptible to conflict. When conflict prevention fails, there needs to be a military deterrent (more defense spending by the E.U. and Germany specifically) and UN Security Council reform, so that conflicts can be “nipped in the bud” and not deteriorate to the point where they become a persistent source of human suffering and drain on international aid budgets.

The idea of increasing investment in preventative peacebuilding and sustainable development as means of reducing future humanitarian spending has gained steam within the United Nations system–this is good news. But failure to end emerging conflicts before they become persistent conflicts puts this plan at risk, because these persistent conflicts consume the very resources needed to make the aforementioned investments in the first place.

The U.S. could effectively lead the fight for UNSC reform. As the world’s largest military and a veto-wielding permanent member of the Security Council, on the surface the U.S. would have the most to lose by introducing a way to circumvent a UNSC veto (perhaps through a 2/3 or 3/4 UN General Assembly vote). But while the world has become increasingly democratic, the UNSC has has not. This reality has prevented the U.N. from implementing what it knows are best practices. By relaxing its grip on power through UNSC reform, the U.S. would be able to better promote democracy and human rights abroad.